Message from our Executive Director 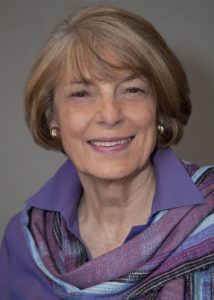 I am delighted to be working with West Marin Fund to support the diverse communities and many non-profits that serve the area.

With our twice-yearly skillbuilding workshops and community grantmaking, our ED meetings and Giving Through Youth program, we seek to address the critical issues that face coastal West Marin.

We are able to make a difference because of the great generosity of people who give time, knowledge and money to West Marin Fund. As your local community foundation, we are committed to connecting people who care to causes that matter for a just and thriving West Marin.

These are important times for us to join together to create the future we want.

Sarah Hobson joined West Marin Fund in May 2017 as its first full time Executive Director. She brings to the Fund her extensive grassroots and philanthropic experience supporting rural communities and their organizations on four continents, including North America. From 2003-2015, she was Executive Director of New Field Foundation, a Bay Area funder supporting rural women’s organizations and food sovereignty in sub-Saharan Africa.

From 1998-2003, Sarah served as Executive Director to the International Development Exchange and developed a partnership program with community-led organizations in seven countries including Mexico and Guatemala, along with community educational programs in the Bay Area. As a published author and documentary filmmaker, she has worked with marginalized communities to give voice to their perspectives and priorities.

Sarah moved from England to the Bay Area in 1998 and settled in Inverness in 2003. She served on the board of the Dance Palace from 2009-2014, and was a member of the West Marin School PTA when her son was a student . She brings to the West Marin Fund her ongoing commitment to and passion for vibrant rural communities, non-violence, and collaborative solutions to pressing problems.